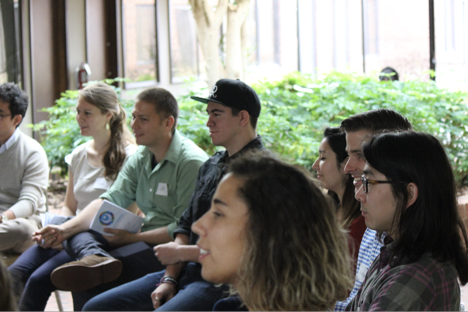 In 2017 the core staff decided to take Project Phoenix into communities to see if we could impact intergenerational relationships within local areas.  The answer was a resounding “Yes!”  Three major events were held– Maryland in the spring, Oakland in the summer and Chicago in the fall.  The response from these communities exceeded expectations and we all learned a lot from one another.

Maryland represented the first event in which parents and children could attend the event together.  It was also the first time that most participants came from the same community.  In some ways it was more challenging for people to open up and share with people that they see regularly, but after an initial reservation, participants were inspired by the opportunity to share more deeply with their family, friends and neighbors.   This first community-based event showed that Project Phoenix could create an environment in which difficult conversations can take place. 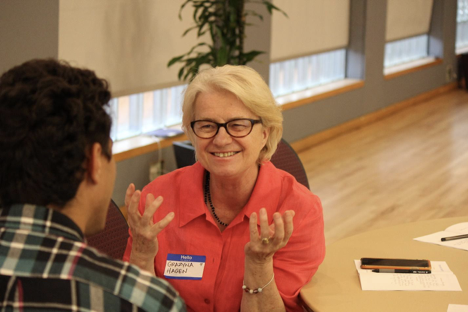 Based on our experience in Maryland, we realized that we needed to get more local people engaged in organizing the event so that they would own it and be able to continue on after the weekend concluded.  Six younger and four senior Bay Area Unificationists joined with the national team to create a very successful program.  One highlight was a new addition to the program, a community-building exercise led by a local resident.  On Sunday after the local church service, the local team and national staff hosted a follow-up gathering which drew 40 participants – some of whom did not even attend but had simply heard about it!  Out of this has emerged a monthly intergenerational “Family House” event that continues to draw and inspire the community and build intergenerational relationships. 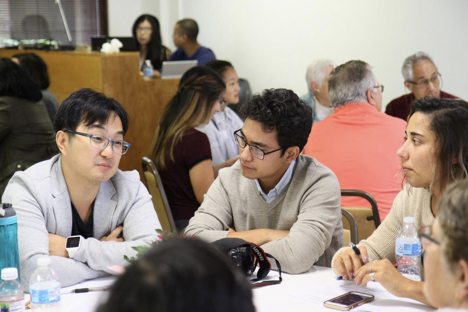 A local team of five younger and elder Unificationists from Chicago helped to steer this event.  The Chicago community embraced Project Phoenix as a place to start a dialogue of healing after a period of uncertain leadership.  The event allowed for some real dialogue to take place between not only the generations but also between Asian and Western cultures. The number of Japanese participants was the greater than in previous events.  Representing this group in her Through Our Lens talk, Mrs. Kiyoko Rinkema gave a moving testimony about her life experience leaving her homeland and coming to America to build a family with a European husband.

Following Sunday Service the next day, at which David Young and David Burgess offered the Sermon, over 30 members of the community met and discussed how to build on the weekend event.  Several more get-togethers have taken place, most recently last week.  The Project Phoenix staff is working with the teams in Bay Area and Chicago to grow and develop these relationships. 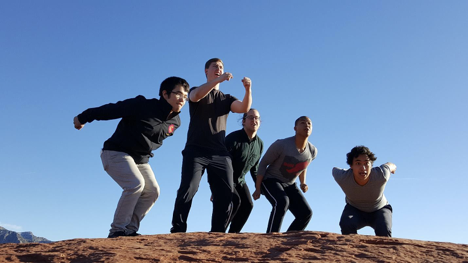 2017 also saw big strides in the development of the Project Phoenix brand.  We began the year with a new executive team of David Burgess and Jessica Sattinger.  Lucia Anderson joined the team shortly thereafter as Secretary.  Later Mark Anderson also joined.  This team worked to provide the structure to support the work of the Event teams.  The team met weekly to keep operations on track and to anticipate and address organizational needs.

In July PP unveiled this beautiful new website. The website provides current and potential participants with information about the staff, updates on coming events, reports on prior events, a venue to communicate with the staff, and a way to contribute.  In the future we anticipate interactive features and a place to highlight the great work that emanates from PP.

The Project Phoenix staff is composed of younger and elder Unificationists committed to bridging the generational divide.  As a primarily volunteer effort, our staff members have other work and family responsibilities and contribute where and how they can.  It is imperative that our team continues to grow and evolve.  This year we welcomed several new younger members who participated in Project Phoenix events and became inspired by the ability to create authentic intergenerational relationships and help others to do the same.  We look to continue to grow the staff in numbers and in skills.

2018 will be a new chapter in the growth of Project Phoenix.  Our staff will be meeting in early January to map out plans for the new year.  Stay tuned.  More great developments are on the way!